The Battle of wounded Knee

A game played in the most marvellous spirit, and sadly one that was blighted by injuries. In the end youth triumphed over experience.

Thanks to the greenskeeper and staff at Henley for another well turned out course. And special thanks to the Landlord at the Whip for another fantastic night of banter, camaraderie, frothing ales and curry.

“That’s what happens when you have shite players”.

Big Mac did however get revenge, billeting some of the Slags stars at the nearby ‘seed’ restaurant and dosshouse for illegal transients.

Wanger/Ballesteroids held the record for the worst ever performing combination in Slags team golf history with a proud record of no wins and no draws. The Slags sacrificial lambs went out with little hope only to come home in triumph 2 and 1.

A match described by J-Wang as “a titanic battle of monstrously epic proportions from the first hole”. The Taggs team matched Ged’s power and skill with Andy’s guile and dogged persistence. Brilliant rhythm from Olloir on the tee despite persistent problems with his truss.

Ged had to pull himself off on the 17th due to back trouble after… it was all over by then, more or less

Albert having played no golf in 2 years was teamed up with team rookie and new Slags senior pro Virgil. Virgil carried himself with dignity. He also carried his own carry bag and the might of Albert for most of the 18 holes. He graciously let Albert contribute by winning holes 1 and 18 for a narrow 1 up victory.

Powacaddy riders Dork and Big Mac going head to head here. Who would win the race ?

The Taggs boys displayed some decent ball striking off the tee but had a day to forget with their putters. El Nino sank 3 or 4 early puts to put the Slags 2 ahead early doors before Dork’s awesome straight driving started to pile the pressure on through the mid section of the course.

None of the cards made for pretty reading but better Slags putting and chipping was crucial. A Slags win (4 and 3) to complete the first ever Slags Backwash ! 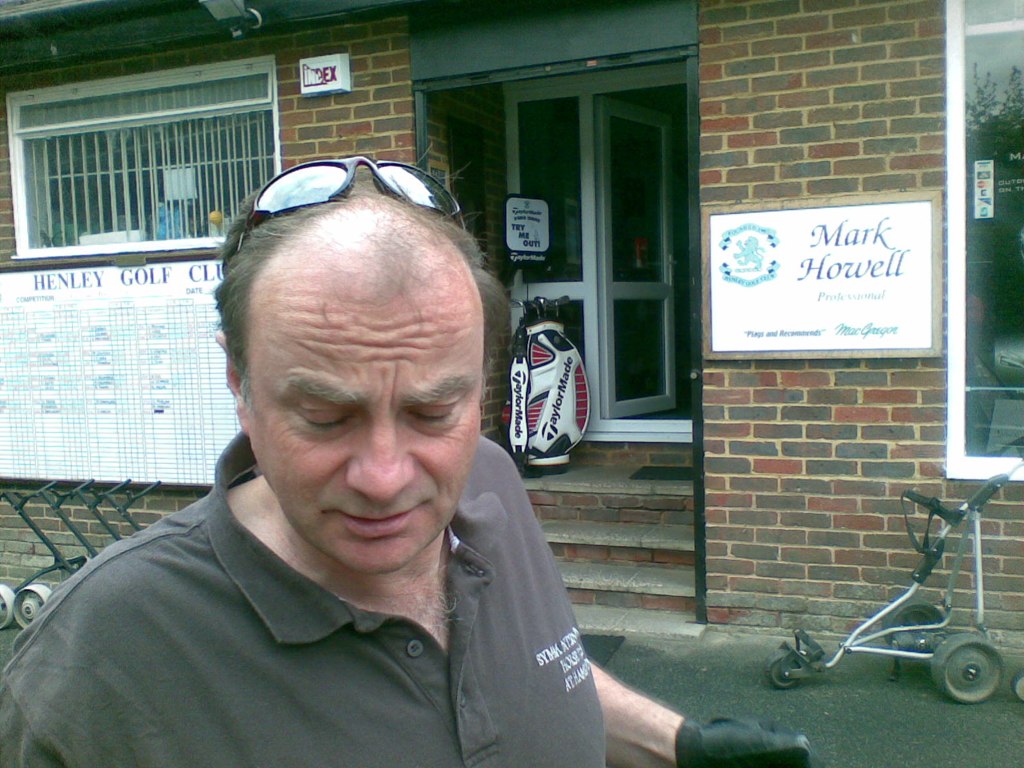