The SLAGS Masters returned to Lullingstone for an eleventh year, as eight of the finest golfers ever to be arsed to get out of bed on a windy Saturday in October for the greatest goddamn golfing show on earth, rolled up at the last minute to prevent SLAGS turning into a weekend four-ball. Pathetic.

This year’s SLAGS Masters report is brought to you by culinary legend, Michel Roux Jnr, one of the only chefs on the PGA Tour to hold 2 Michelin stars, and slap-headed spank-fan, professional grocer and SLAGS MastersChef judge, Greg Wallace. 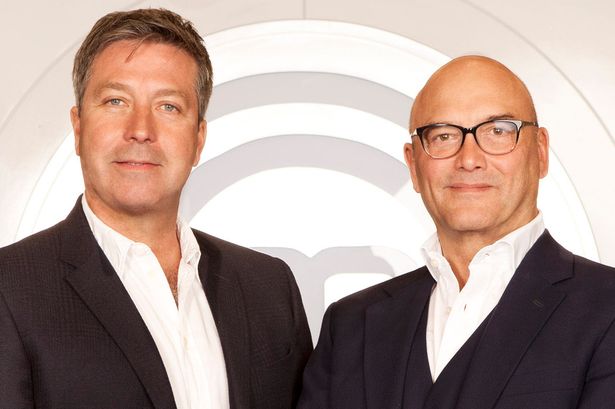 Greg: First up, we have the skills test. This week, these budding young golfers have to get to Lullers and lace up their Footjoys. But not everyone will get the honour of playing golf in front of chef Michel. Here to judge round 1 is Michel’s caddy, Monika.

Michel: Monika’s been scrubbing my balls and humping my old bag around for five years and I trust her completely. When she says the golf is good, I know its fine.

Monika: It’s crap. The putting’s undercooked, the birdies are completely underdone and there’s just no balance between the shanks and the slices.

Greg: But we’ve got to put some of these retards through to the next round. Monika, who left you really unimpressed? Who failed to grab their Niblic and half a dozen Penfold Aces and dash down to Lullers?

Monika: Well I have to say “Big Mac”, “Coldpiss”, “Albert”, “Slammin Sam”, “Dan Powerman”, “Scribbins”, “Rippapotamus”, “Scally Craig” and the usual lamers really made a mess of that round. None of them really turned up today.

Monika: When I say none of them really turned up today you know, really, none of them turned up today. Ringos Paddy and Paul, “Virgil”, “Bernie”, “Julio”, “Dork”, “No Jags” and “Ballesteroids”, you’ll all be putting for my boss, Chef Michel in the next round. Don’t let me down.

Michel: Well, the driving in the first group didn’t reach the kind of fine-golfing levels that we’re looking for. None of these guys looked like they had had a good schooling in classical golf. They were poor.

Greg: What ever you say, Michel. I’ll just repeat everything you say.

Michel: Although I did like the way that on Friday it was lovely and warm and sunny and today, summer gave way to autumn and the wind was howling up my classical French petit derriere.

Greg: Corrrrrr. that drive was pure class. Long, loads of carry, loads of run. I could have eaten that drive in seconds.

Michel: Then “Virgil Tracy” lookalike Iain came along and, well. I liked it. I liked it a lot.

Greg: That. Drive. Was. Yummy. First you get the satisfying swish of the shaft, then the crack as it strikes the ball, then you get the beautiful finish. Lovely balance to that swing. Yummy scrummy. Little Greggy-Weggy’s icle tummy-wum and gutty-wuts would love to suck that drive down and caress it for the whole of the digestive cycle, slowly extracting every yummy ounce of delicious goodness. That, my friend, was a drive.

Michel: That was good. No – it was very good.

Michel: The first group chose to ignore the instructions altogether and none of them hit the green.

Greg: Once again, it was “Dork” who stepped up and hit a peach to 25 feet.

Michel: It was alright. No, it was good. I would have liked it a bit longer.

Greg: Then “the Walrus” stepped up and proved he understands good golf shots.

Michel: Yes. It was good.

Greg: It was good.

Michel: No it was very good.

Greg: Well, we’ve got a lot of hard judging to do. Golf just doesn’t get shitter than this.

Michel: The balance between shafting the unknown ringers with a totally unfair handicap that they’ll never play to and making sure they don’t walk off with the trophy and never come back just wasn’t quite there. Jonhard was very careless with the handicap of Paddy, who scored 30 points off 10.

Greg: Paddy’s handicap was completely underdone. Paul, on the other hand, was severely roasted served with a handicap of 18, and came in last.

Michel: Dork’s timing let him down. He scored brilliantly on the front 9 for 16 points of 6, but only managed another 9 points coming home.

Greg: “Wanger” and “Steroids”, well what can you say? They really let Uncle Greg down today.

Michel: I thought the “Walrus” did well today. His shot to win the nearest the pin was beautiful.

Greg: Yes. He was solid. And I’m talking about his golf, not just his massive gut. He deserved third place. Not quite the bridesmaid, more the flowergirl. And “Canoflagers” impressed, taking choking to a new level, by starting to choke sometime before he arrived.

Michel: The boy’s got talent, but he must control those nerves. Let’s talk about Vaughny. In the classical skills test, he was head and shoulders above the rest. This guy has talent.

Greg: I loved his long drive so much I wanted to take it down a dark alley, bend it over a bin, and give it a right good seeing to .

Michel: I know who I want to win.

Greg: The winner and SLAGS MastersChef Champion Golfer 2009 is ….. “Vaughany”. 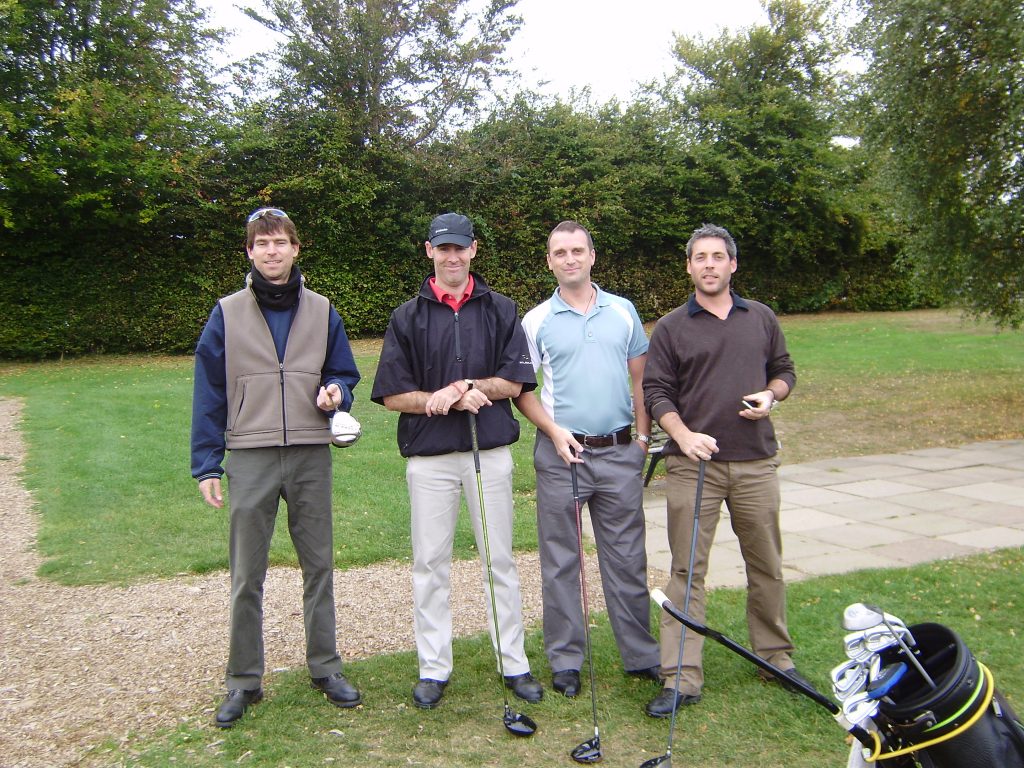 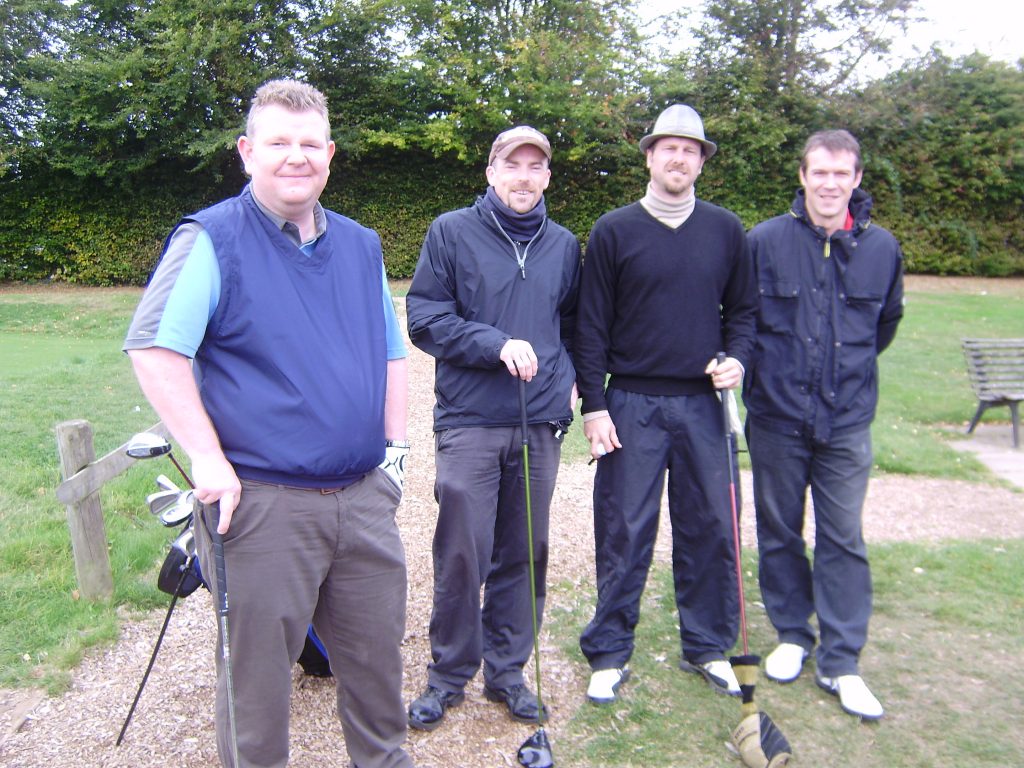 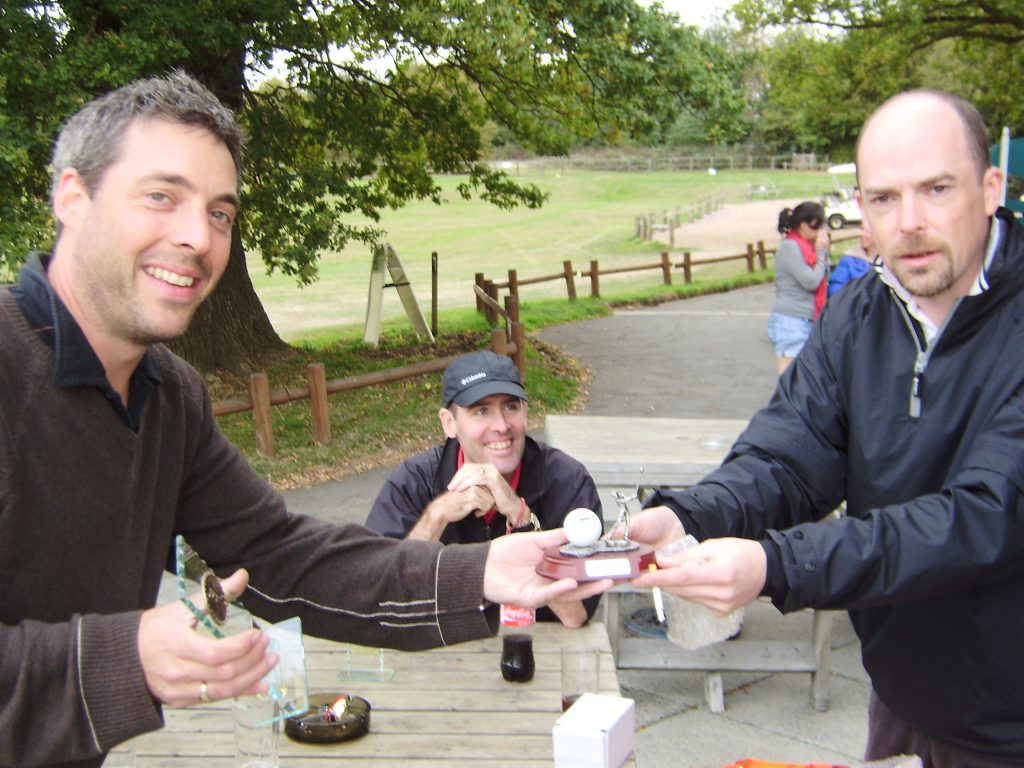 Possibly the greatest trinket ever offered at slags .. the digital clock golfball 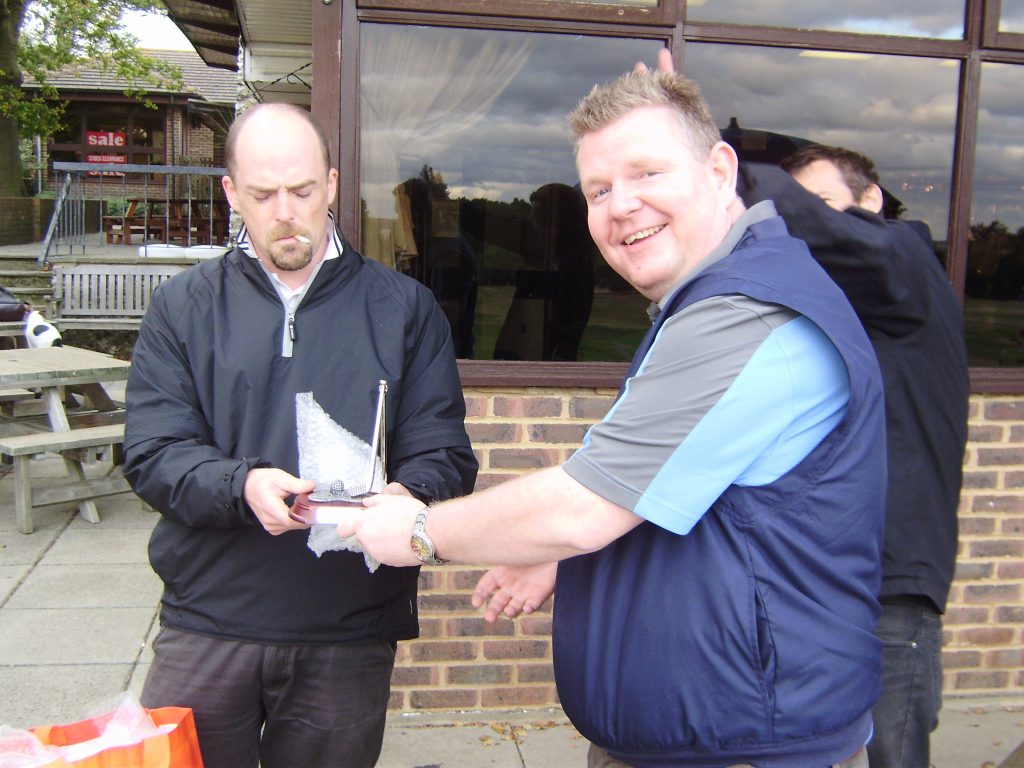 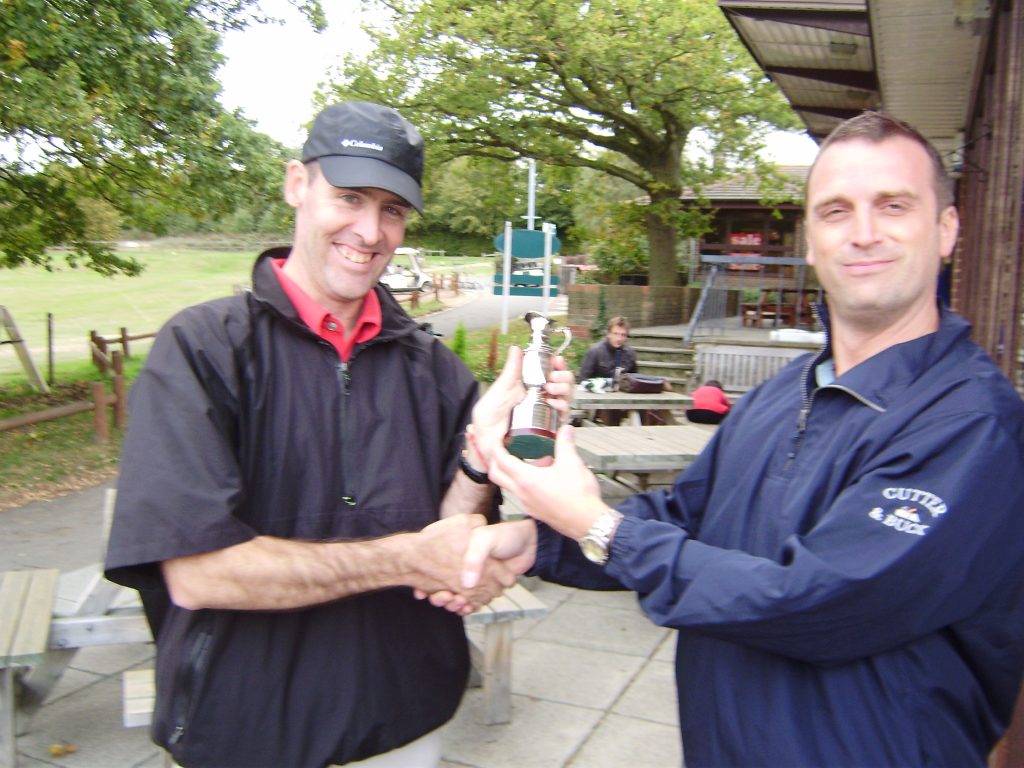 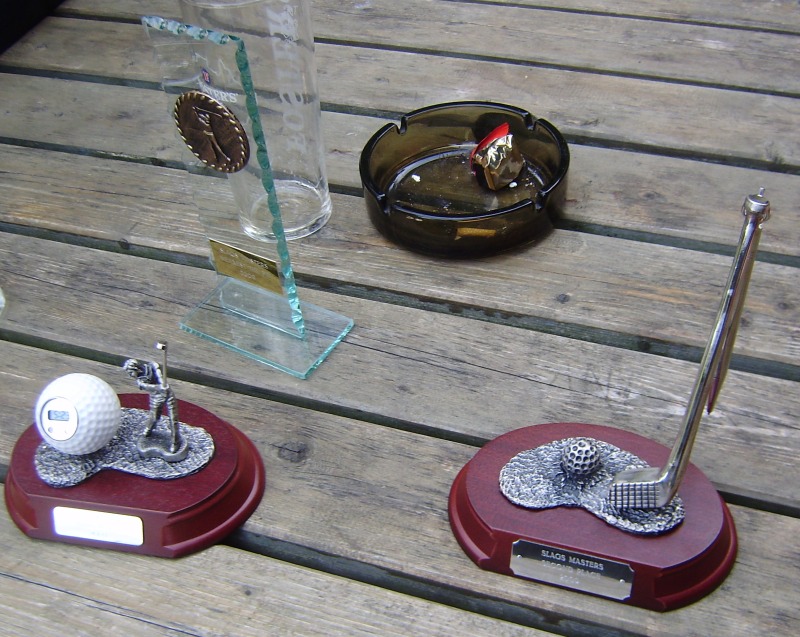 Some of the finest trophies ever seen at slags.