Dork and Beneriano couldn’t be arsed to write a report on this year’s event. Luckily, broadcasting legend Stuart Hall stepped in to pen the following…………

It was a glorious, calm, yet windswept dull morning, when a record fourteen mighty golfing gladiators set foot on the sun-basked hallowed turf of Lullingstone G.C. What would these intrepid warriors encounter on their quest for golfing Nirvana? The prize was the ultimate accolade of Slags Masters Champion 2001; the holy grail, the Golden Fleece to these modern day Argonaughts. But who would be Jason and who’s hope would be dashed against golfing rocks, like sailors lured off-course by the strange and beautiful song of the sirens and condemned to a watery grave? What passing-bells for those who die as cattle? Behind, virgin Slags the Wise Old Fox and Big Mac McGilivray, partnered the exotically monikered Olloirio Ballesteroids and the wild accountant of Borneo himself, Albert Tatlock.

Next came three who should have known better: Wanger, resplendent in Pringle, Farah and other finery. Half-Pint, with more holes than the golf course itself. Vestey, the legend. History will remember him always as the most talentless Slag of his generation.

In the final group came Iron Balls, his rusting antique clubs a throwback to a carefree bygone age of chivalry, good sportsmanship and everything else the Slags aspire to, but fall well short of. The Matted Reamer, who enjoyed the hill climbs more than anyone, and finally young Danny. Sometime too hot the eye of heaven shines and often is his gold complexion dimm’d. Only time will tell whether his magnificent record total of 4 points, as he wrapped up last place at a canter, will ever be broken.

Trinkets were taken for the longest drive and nearest the pin, like apples plucked by the great serpent from the tree, by Paul and Dork respectively. Paul’s drive, straight and true where all before him had come undone, was a conundrum in itself: the shortest long drive in Slags history. Dork’s 8 iron the sweetest scuff, that fell 3 paces from the hole on its 11th bounce.

The game was wrapped up by the finest athlete on show, all sinew and muscle and brimming with talent. He showed fantastic steel to slot home his final crucial attempt at sliding the ball home. A superlative effort that the Slags rose as one to cheer with hearty cries of bravo!

I talk not of Tatlock, who won the golf, but of Beckham, who led England to World Cup qualification as the Slags watched after the golf in the comfort of the Snug.

My name is Ozymandias, King of Kings: Look on my works, ye mighty, and despair! 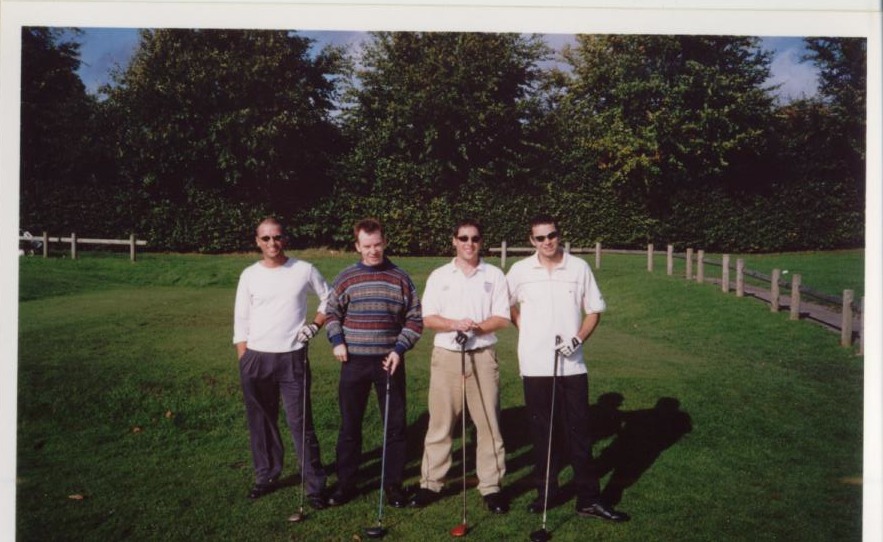 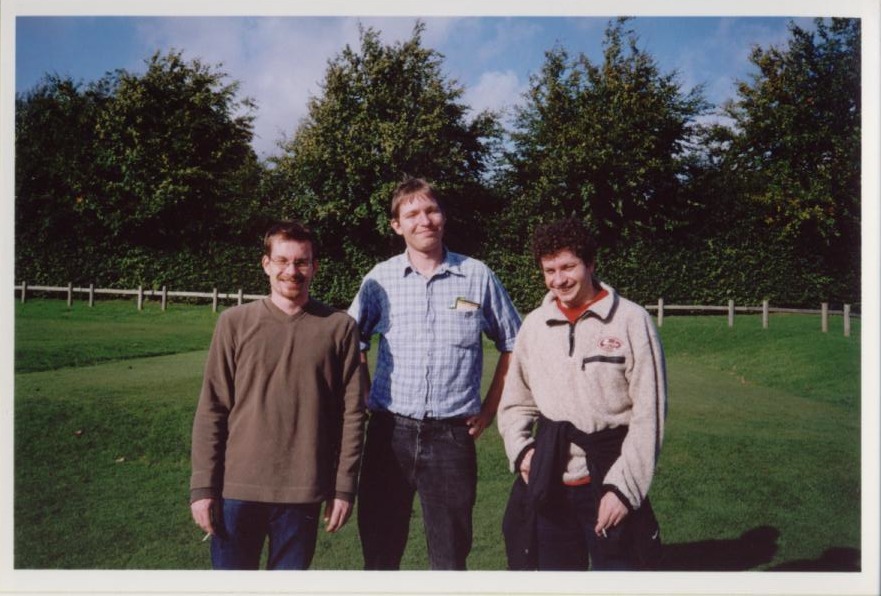 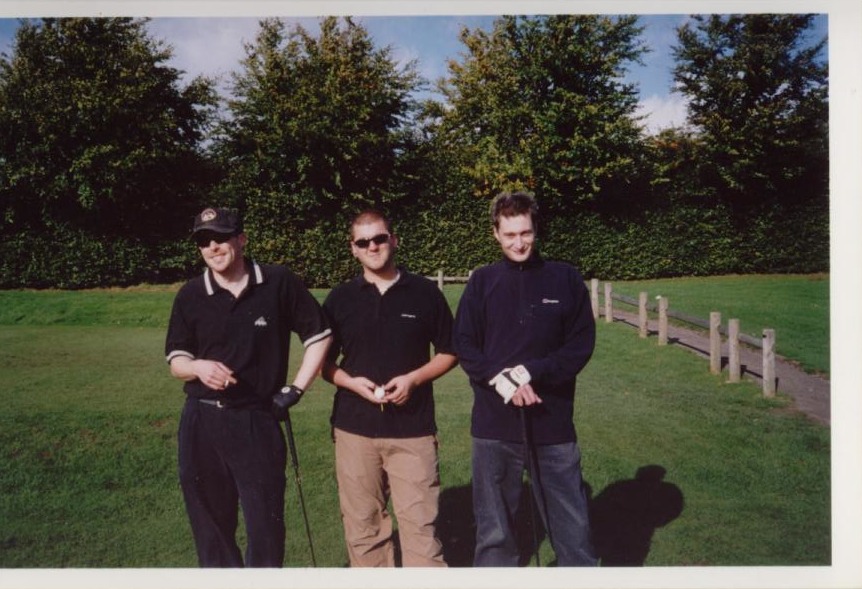 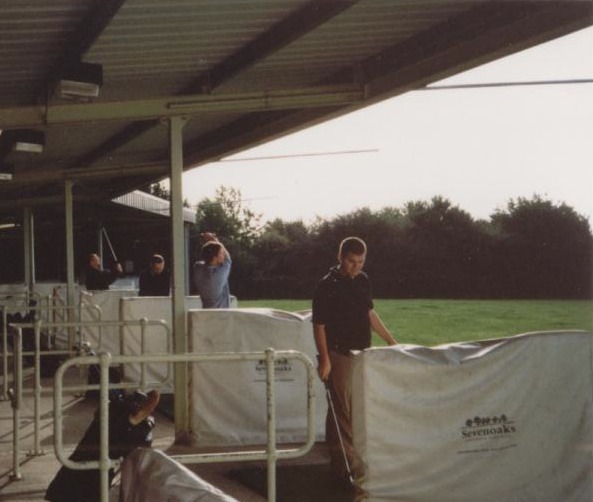 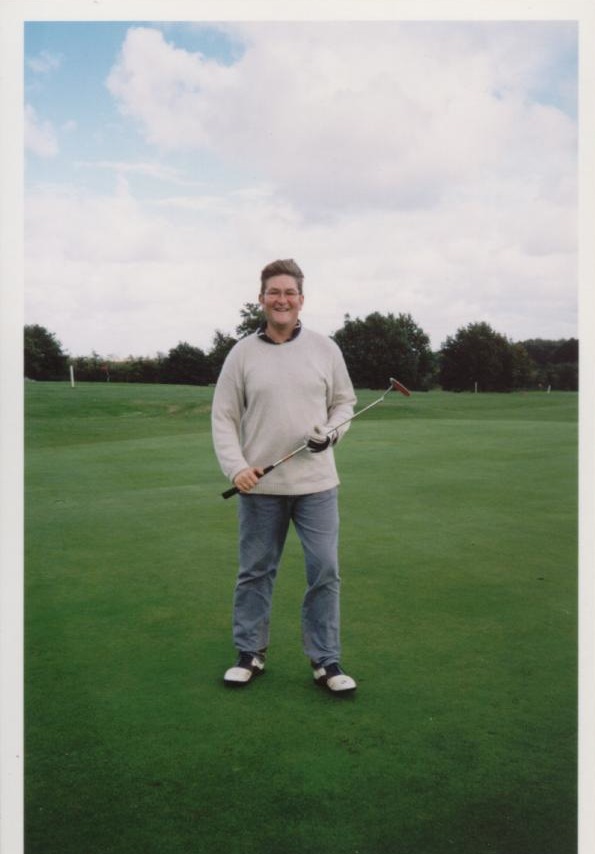 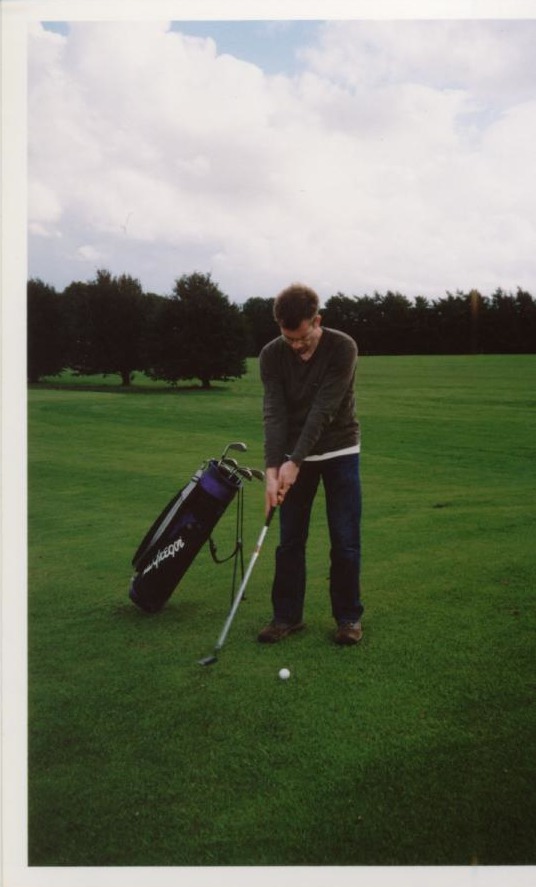 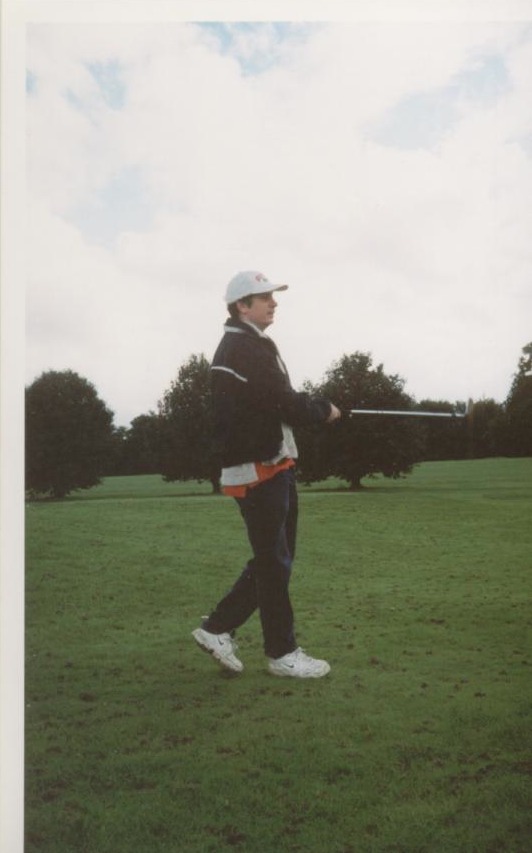 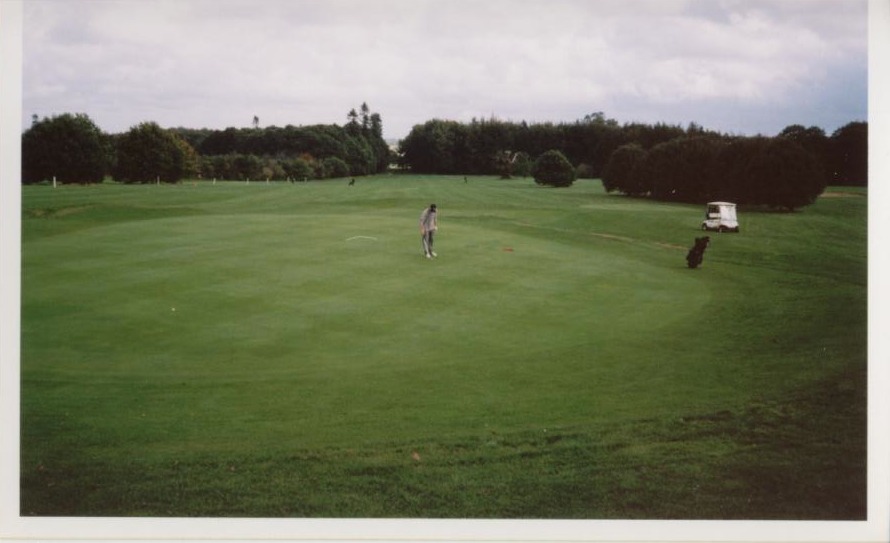 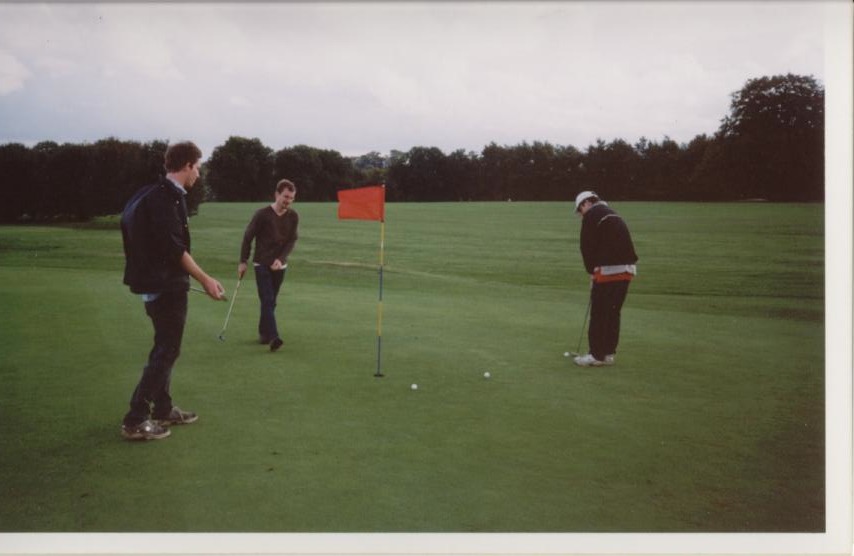 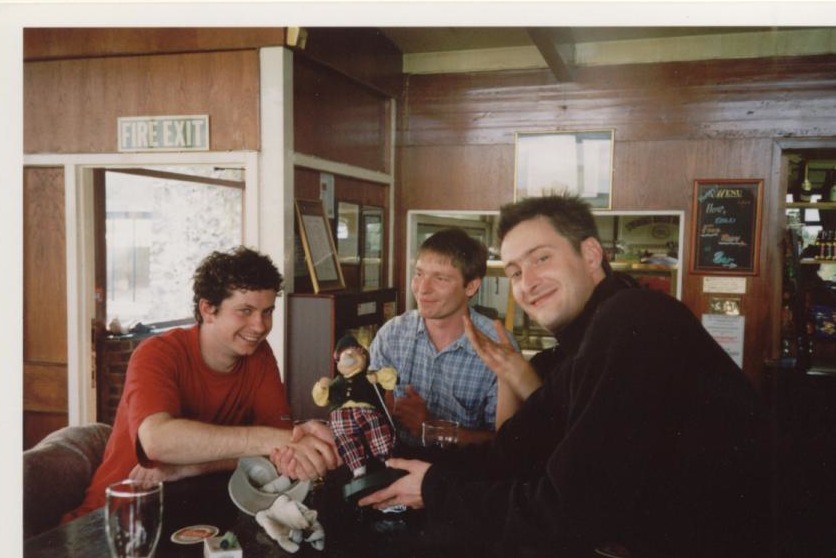 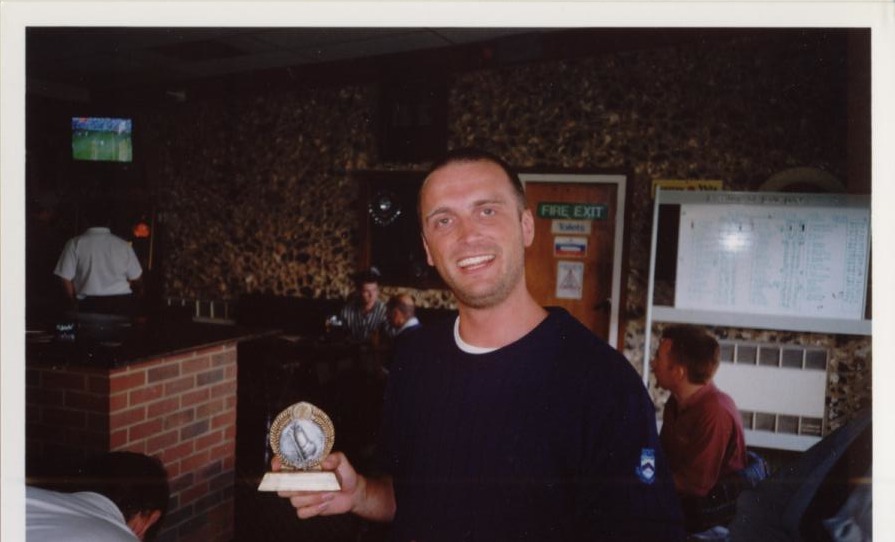 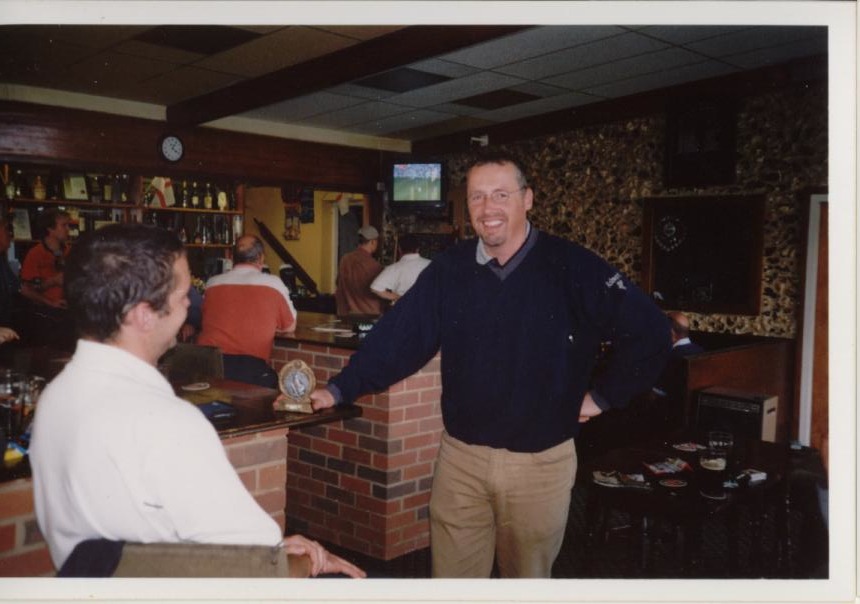